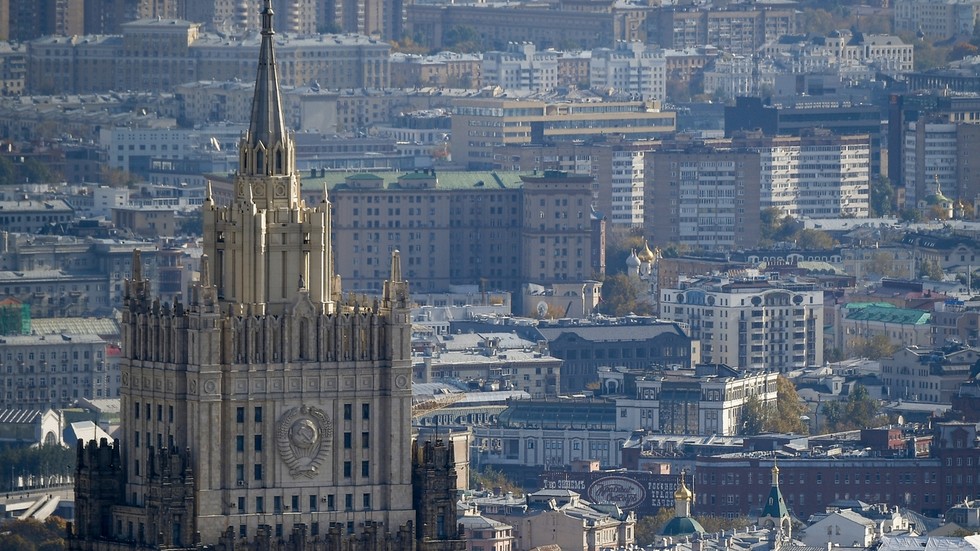 Moscow has summoned the Bulgarian ambassador to announce its response to the expulsion of Russian overseas embassy employees. In an announcement posted on Friday, Moscow says it has declared 14 Bulgarian embassy and consulate employees “persona non grata.”

The transfer comes after Sofia launched an analogous measure in late June towards 70 Russian overseas mission workers, who had been accused by Bulgaria of working for Russian particular companies below the guise of diplomatic actions.

Bulgaria additionally launched quotas for the variety of Russian diplomatic and administrative employees within the nation and has briefly closed the Consulate General within the metropolis of Ruse.

The Russian Foreign Ministry said that the “responsibility for the consequences of such counterproductive steps lies entirely with the government of Bulgaria and its Prime Minister Kirill Petkov,” including that such actions “cause significant damage to traditional ties between our two countries.”

The transfer was indicative of the “further degradation of the collective West” which sacrificed the pursuits of its companions with a purpose to hurt Russia, the ministry stated, including that Bulgaria’s “unfriendly actions” had been regrettable.


Russian Foreign Minister Sergey Lavrov has prompt that Petkov’s motion was “not an independent decision,” as he has an “open, unambiguous pro-American position and is ready to fulfill any wishes of his sovereign.”

Lavrov defined that the “wishes of the sovereign” had been “to kill the historical memory of the Bulgarians, to destroy the foundation of relations that have been hardened in the joint struggle for independence and in many other situations, including in recent history.”

The diplomat added that Washington’s coverage prolonged not simply to Bulgaria however to the whole thing of the Balkan area, the place the US needs to “kill the historical memory” of the individuals, firstly of the Orthodox Christians.

The ‘diplomatic war’ between the West and Russia has considerably intensified because the launch of the Russian army offensive in Ukraine. In March, Bulgaria expelled twelve Russian diplomats, accusing them of violating the Vienna Convention.

The Russian Foreign Ministry has estimated that round 400 diplomats have been expelled from 28 international locations since late February. Moscow says it views the expulsions as “unfriendly” actions and has warned it will retaliate towards all such strikes.