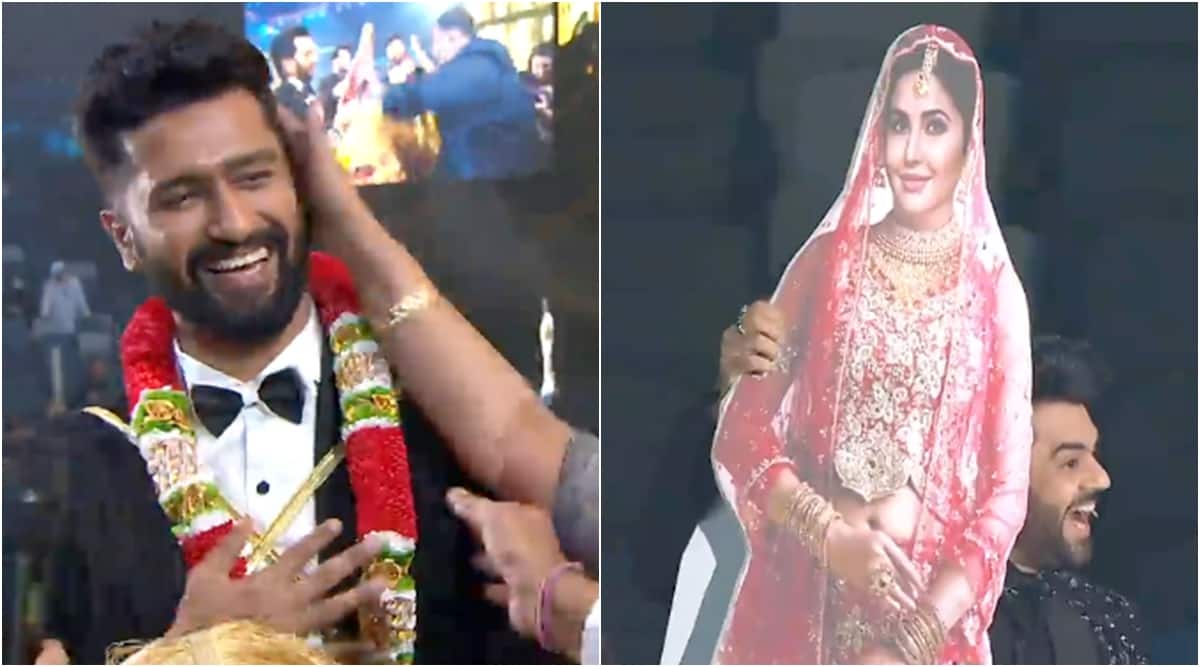 Hosts Riteish Deshmukh and Maniesh Paul left the viewers in splits after they recreated Vicky Kaushal’s wedding ceremony with Katrina Kaif at this yr’s IIFA Awards in Abu Dhabi. In a promo launched by Colors on Instagram, we get a peek at Vicky’s baraat at IIFA.

In the video, we see Riteish and Maniesh asking Vicky’s dad and mom Sham Kaushal and Veena Kaushal to turn into a part of the baraat. Vicky is made to sit down on a dummy horse and alternate ‘varmaala’ (garland) with Katrina’s cut-out. We additionally see Riteish’s spouse Genelia D’Souza dancing to the beats.

Vicky Kaushal tied the knot with Katrina Kaif in December 2021. The wedding ceremony was a close-knit affair, with only a few Bollywood celebrities in attendance.

At IIFA, Vicky additionally opened up about his pals’ response to him tying the knot with Katrina. In a fun video, he advised content material creator Kusha Kapila, “They were at the wedding and hung around for a long time. So they are cool about it.”