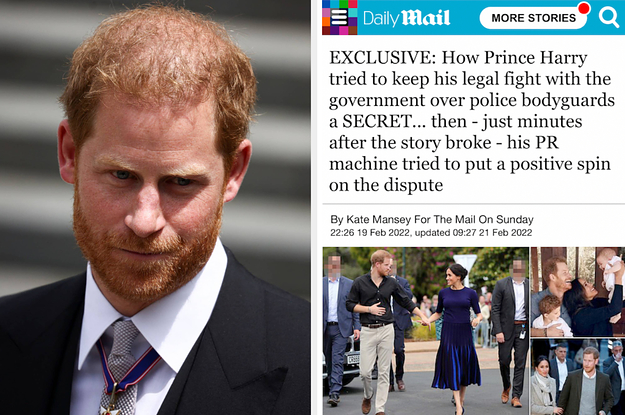 The High Court choose agreed with this interpretation, writing that the story may lead readers to consider that Harry had purposefully tried to bamboozle the general public concerning the fact of his authorized proceedings in opposition to the federal government.

“It may be possible to ‘spin’ facts in a way that does not mislead, but the allegation being made in the article was very much that the object was to mislead the public,” the choose wrote. “That supplies the necessary element to make the meanings defamatory at common law.”

Nicklin additionally decided that the story’s description of how Harry and his legal professionals had tried to maintain his effort to safe police safety from the Home Office confidential met the brink for defamation.

The “natural and ordinary” that means of the Mail on Sunday article, Nicklin wrote, was that Harry “had initially sought confidentiality restrictions that were far-reaching and unjustifiably wide and were rightly challenged by the Home Office on the grounds of transparency and open justice.”

The High Court justice wrote that “the message that comes across clearly, in the headlines and [specific] paragraphs” of the Mail on Sunday story met the frequent regulation necessities for defamation.

Throughout the judgment, Nicklin emphasised that his resolution was “very much the first phase in a libel claim.”

“The next step will be for the defendant to file a defense to the claim. It will be a matter for determination later in the proceedings whether the claim succeeds or fails, and on what basis,” Nicklin wrote.