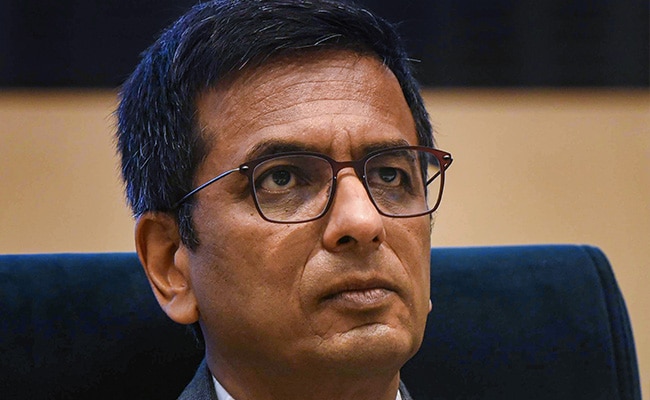 Being accepting and tolerant of others’ opinions doesn’t imply one must also settle for hate speech, Supreme Court choose Justice DY Chandrachud mentioned right here on Saturday. In his convocation handle at Gujarat National Law University (GNLU) right here, he urged the graduating college students to be guided by their “own conscience and equitable reason”.

In the world of social media “with limited attention span,” it helps to keep in mind that “a lot of work we do will only have long-term impact and we should not be worried about the everyday distraction,” he mentioned within the speech, delivered by way of video hyperlink.

“The words famously attributed to Voltaire, ‘I disapprove of what you say, but I will defend to death your right to say it,’ must be incorporated into our being. Making mistakes, being accepting and tolerant to the opinions of others by no means translates to blind conformity, and it does not mean not standing up against hate speech,” the choose mentioned.

As the scholars step into the outer world amid “the increasing noise and confusion of political, social and moral clashes of majority,” they should be guided by the trail of their “own conscience and equitable reasons,” he mentioned on the eleventh convocation of the GNLU.

He additionally quoted author Seth Godin’s analogy of the present and the wind.

“On the river, it is the current that will move the canoe far more than the wind will. But the wind distracts us…The current is our persistent systems of class and race and gender, and powerful industry economy. And if I may add, in our context, caste as well,” Justice Chandrachud mentioned, quoting the writer.

The present may be overcome, but it surely takes “focussed effort,” the choose mentioned.

“On the other hand, the wind is the breaking news of the moment, the latest social media sensation. And the thin layer of hype that surrounds us. It might be a useful distraction, but our real work lies in overcoming the current or changing it,” he added.

“It helps to see it first and to ignore the wind where we can. This quotation is especially relevant to remember in today’s world with polarising opinions and conflicting actions,” the choose added.

(Except for the headline, this story has not been edited by NDTV workers and is printed from a syndicated feed.)